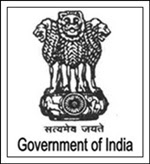 Competition Law of India is incorporated in the Competition Act 2002. It intends to regulate unfair business and commercial transactions and bring order in the otherwise disordered and manipulated business environment. The law also deals with anti-competitive agreements, unfair practices and abuse of dominant position.

In order to further strengthen the competition regime in India, the Ministry of Corporate Affairs has decided to formulate the draft National Competition Policy of India. This is a good step in the right direction and we at Perry4Law and Perry4Law Techno Legal Base (PTLB) support this initiative of Indian Government.

The Policy is aimed at laying down an overarching policy framework for infusing competition principles in various policies, statutes and regulations and promoting a competitive market structure in the economy, thereby striving to achieve maximum economy efficiency in various spheres, and public welfare. This Policy also includes some suggestions on the methodology and parameters for undertaking Competition Impact Assessment of concerned policies, regulations and procedures.

Competition refers to a situation in a market place in which firms/ entities or sellers independently strive for the patronage of buyers in order to achieve a particular business objective, such as profits, sales, market share etc. By responding to demand for goods and services with lower prices and higher quality, competing businesses are pressured to reduce costs, innovate in processes and products, invest in technology and better managerial practices and increase productivity. This process leads to achievement of static, dynamic as also resource/allocative efficiencies, sustainable economic growth, development, and poverty alleviation.

Competition is not an end unto itself, rather a means to achieve economic efficiency and welfare objectives. Importantly, competition is not automatic, and requires to be promoted, protected and nurtured through appropriate regulatory frameworks, by minimising market restrictions and distortions, and provision of related productive inputs such as infrastructure services, finance, human capital etc. However, a Competition Policy has to be evolved to imbibe the principles of competition in various endeavours of the Government, of course in alignment with the national strategic objectives, along with social, environmental, public safety, and other considerations.

The Constitution of India seeks to ensure for its citizens—social, economic and political justice. Article 19(1) (g) of the Indian Constitution provides “freedom to practice any profession, or to carry on any occupation, trade or business”. Articles 301-304 further elucidate the issues. In a judgment3 the Supreme Court held that Article 301 provides freedom not from all laws but freedom from such laws which restrict or affect activities of trade and commerce among and within the States; and that Article 301 refers to freedom from laws which go beyond regulations which burdens, restricts or prevents the trade movements between states and within states.

Competition Policy is widely recognised as a powerful tool to promote freedom of trade, efficient use of scarce resources, enhance productive efficiency, add to the static and dynamic efficiency of the economy, maximise economic growth and contribute to the welfare of the common man. The basic premise of the National Competition Policy (NCP) is to unlock fuller growth potential of Indian economy, which among other things could also help in tapping the opportunities arising from the demographic dividend in our country. It would seek to inculcate a competition culture across various sectors to induct greater efficiency and dynamism, bringing in innovation and technology, delivering goods and services which are competitive, thus contributing to accessibility for consumers and consumption and thereby accelerating economic development, global competitiveness, unleashing entrepreneurial energy, creating more jobs and opportunities to raise the living standards of people, thus ensuring inclusive growth.

National Competition Policy may also help to promote good governance by transparency, accountability through competing responses and avoidance of rent seeking. It would also have a positive co-relation with other strategic national objectives like employment, R&D efforts and environmental objectives. It also respects the sovereign functions of the State like defence and security etc, and would seek to encourage competition related measures only in matters having economic impact on the market.

In this background, the National Competition Policy will endeavour to:

(a) Preserve the competition process, to protect competition, and to encourage competition in the domestic market so as to optimise efficiency and maximise consumer welfare. This would also make domestic firms competitive globally,

(c) Achieve harmonisation in policies, laws and procedures of the Central Government, State Government and sub-State Authorities in so far as the competition dimensions are concerned with focus on greater reliance on well-functioning markets,

(d) Ensure competition in regulated sectors and to ensure institutional mechanism for synergised relationship between and among the sectoral regulators and/or the CCI and prevent jurisdictional grid locks,

(e) Strive for single national market as fragmented markets are impediments to competition, and

(f) Ensure that consumers enjoy greater benefits in terms of wider choices and better quality of goods and services at competitive prices.

Taking into account the needs of and priorities for promoting a healthy competition culture the principles of the National Competition Policy are:

(a) Fair market process: Market regulation procedures should be rule bound, transparent, fair and non-discriminatory. Public interest tests are to be used to assess the desirability and proportionality of policies and regulations, and these would be subject to regular independent review.

(b) Institutional separation between policy making, operations and regulation i.e. operations in and regulation of a sector should be independent of the government branch which deals with policy formulation in the sector and is accountable to the Legislature.

(c) ‘Competitive neutrality’, such as adoption of policies which establish a ‘level playing field’ where government businesses compete with private sector and vice versa.

(d) Fair pricing and inclusionary behaviour, particularly of public utilities and intellectual property rights holders, which could be imbued with monopolistic characteristics and a large part of the consumers could be excluded.

(f) Public Policies and programmes to work towards promotion of competition in the market place; and

(g) National, regional and international co-operation in the field of competition policy enforcement and advocacy.

The following initiatives are envisaged to effectively generate a culture of competition and to enhance competition in the domestic markets with the involvement of all the stakeholders:

(b) Proposed policies, statutes or regulations that affect competition should be subject to Competition Impact Assessment.

(c) Where a regulatory regime is justified, it should provide that the principles of competition would be taken into account in the regulation. Regulation needs to be diluted progressively as competition becomes effective in the regulated sector.

(d) The competition authorities need to be functionally autonomous and financially independent.

(e) In order to ensure effective competition, third party access to essential facilities in the infrastructure sector owned by dominant enterprise on reasonable and fair terms should be provided.

(f) Incorporate competition clauses in bilateral and regional trade agreements, which will go a long way in preventing anti-competitive behaviour and potential anti-competitive cross-border conduct.
Posted by PTLB at 10:11 PM