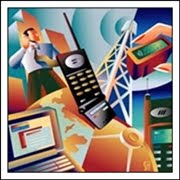 The Electronic Service Delivery Bill 2011(ESDB 2011) started at a very positive note but just like other laws of India, it ended up miserably. Electronic services cannot be effective till it is claimed as a matter of right against the government and its departments. If citizens cannot have mandatory e-services delivery there is no sense in doing the entire exercise.

Take the example of the cyber law of India incorporated in the information technology act 2000. Even after more than 10 years of its enactment till now citizens do not have a mandatory right to e-governance in India.

This happened because of a disabling provisions incorporated as section 9 of the IT Act 2000 that make providing of e-governance services in India discretionary. This has failed the entire purpose of e-governance in India.

Now a similar approach has been adopted regarding the ESDB 2011. If States are not bound to provide “compulsory” e-services delivery, there is no sense in making it a law. Even if it is enacted as a law, not much purpose would be served. Instead, it is better if we streamline public services through administrative reforms in India.

Further, ESDB 2011 would also face problems on the fronts of data protection, data security, privacy rights, cyber security, etc. India has not done enough on any of these fronts and legal framework for all above mentioned areas is still a big problem.

Finally, on the front of digital preservation and pubic records management as well India has to cover a long gap. Let us hope that the proposed ESDB 2011 would cover all these aspects.
Posted by B. Singh (PTLB Blog) at 7:38 AM