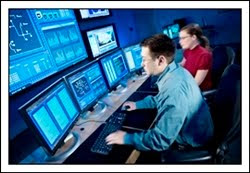 National intelligence grid (Natgrid) has been in news from time to time. Although the intentions behind the Natgrid project are good yet it planning and management is really bad. We have been stressing that Natgrid is an essential project for robust and effective intelligence agencies and law enforcement functions in India. The only requirement is to ensure that Natgrid’s abuses can be anticipated, prevented and remedied.

By not acting in a proper manner, Home Ministry of India has created a trouble for itself. Now the Natgrid project has been struck at the last stage of securing final approval by Prime Minister Manmohan Singh, who is, apparently, in a dilemma whether it would be wise to give overarching power to the agencies to infringe upon individual privacy, allowing tracking of all their activities. Raghu Raman is managing the Natgrid project and his term is expiring this month after he sat idle for 18 months.

Natgrid project, if approved, would ask the telecom and internet service providers to compulsorily link up their databases with it. Even the rail and air travel, phone calls, bank accounts, credit card transactions, passport and visa records, PAN cards, land and property records, automobile ownership and driving licences and many more such data would be linked.

What Home Ministry failed to understand is that civil liberties cannot be violated at will in a blatant manner as has been suggested by it. Civil liberties are violated world over through use of technology and Natgrid project seems to be no exception to the same. Now a section of government suspects such a move as a dangerous precursor to an autocratic state having overarching power of keeping an eye on its citizens all the time and eroding their privacy.

They claim that with the National Counter Terrorism Centre (NCTC) would give unbridled powers to the Home Minister which can prove detrimental to freedom and privacy of common man. This has even put in jeopardy the very Natgrid project itself.

In the ultimate analysis the fault lies with the approach of Home Ministry. Natgrid project cannot be taken as casually and in an unplanned manner as has been done by Home Ministry. If at all the Home Ministry wishes this project to see the light of the day. It must immediately start working in a planned and systematic manner.
Posted by B. Singh (PTLB Blog) at 5:15 AM