Natgrid Project Of India Is Still In Troubled Waters 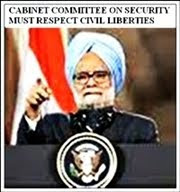 National intelligence grid (Natgrid) project of India is in trouble from the very beginning. With absolute secrecy and no regard for the civil liberties of Indians, this was definitely a controversial project. Home Minister of India P Chidambaram also did not bother to do the needful. Instead he tried his level best to get Natgrid project of India cleared from the Cabinet Committee on Security (CCS) of India.

Meanwhile, a 900 page Detailed Project Report (DPR) has been sent to the CCS members to study the feasibility, implications and requirements of Natgrid project. The DPR claims that Natgrid project would be finally and fully put in place in four phases extending between 24 to 36 months. Extension of the term of Raghu Raman may also be considered.

Another factor that is going against the Natgrid project is that intelligence agencies and law enforcement agencies of India are practically governed by no law. There is no Parliamentary oversight over these agencies. Even Natgrid project is also not supported b by any legal framework. To make the matter worst we have no privacy, data security and data protection laws in India. Even the cyber law of India has conferred unregulated and unreasonable e-surveillance, Internet censorship and website blocking powers in the hands of Indian government and its agencies.

These are very serious constitutional issues that cannot be taken lightly by Home Ministry, Prime Minister’s Office (PMO) and CCS. The CCS must consider the inputs and suggestions of various techno legal experts of India before clearing Natgrid project.
Posted by B. Singh (PTLB Blog) at 2:22 AM