GPS Based Tracking For Strauss Kahn While On Bail 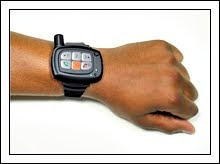 GPS based tracking has become a trend these days. In US some Indian students were forced to wear GPS based devices till they were deported back to India. Similarly, the Haryana police proposed use of the same for criminals convicted of heinous crimes like murder while releasing them on parole or for some exceptional reasons.

Now the latest to add to this series is the former IMF chief Dominique Strauss-Kahn who would be wearing a GPS-equipped ankle bracelet tracking his every move. This is a part of his terms of release by a New York judge on $1 million bail. These GPS devices are capable of providing a minute-by-minute log of a wearer’s movements.

The GPS based devices can provide accurate information of their wearers. Their settings can allow the observers to watch the movements of wearer within feet to within yards.

Meanwhile, Strauss-Kahn will plead not guilty in the court. French interior minister said on Sunday France would support any request from Strauss-Kahn to serve jail time back home if he is convicted in New York.

Let us see how GPS base monitoring devices would be used for legal and judicial purposes in India.
Posted by PTLB at 9:14 PM