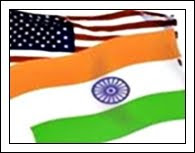 India and United States are planning to open an Indo US joint clean energy research and development centre. To meet this objective a joint $50 million fund has been allocated to promote research in clean energy technologies. This is an important step as in the past there have been difference between these two countries over the issues like climate change and green technologies.

U.S. Ambassador to India Timothy J. Roemer said that this is the first collaborative research effort of its kind, where Indian and U.S. researchers will be jointly selected. The fund would be utilised by a consortia with the knowledge and experience to undertake various collaborative research programs in this regard. This exercise would also sort out the difference between India and US that are proving to be biggest hurdles for achieving an international agreement on curbing global warming.

Under existing rules, only rich countries have to meet binding emissions targets and report actions regularly. But developed nations led by the United States, which never ratified Kyoto, want emerging economies such as China and India to take on a greater share of climate actions. Developing nations now emit more than half of greenhouse gas emissions and that portion is growing quickly. China has already passed the United States as the world's top carbon polluter.

Emerging nations say they will accept international consultation and analysis (ICA) of their emissions actions, but not anything equal to the standards expected of rich economies. They blame the rich for much of the greenhouse pollution pumped into the atmosphere over the past two centuries.

A huge gap also exists between rich countries reluctant to pay the fiscal and lifestyle costs of deep cuts in their emissions, and developing states which say they must be allowed to increase emissions so their economies can catch up.

Along with this collaboration India must also strengthen its own pollution laws. Polluter pays liabilities must be enhanced and special efforts must be undertaken in the direction of ensuring sustainable development.
Posted by PTLB at 12:48 AM