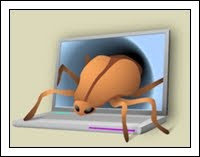 Malware are becoming a growing nuisance and cause of concern world over. Viruses and worms have transformed into potential tools of exploitation and damage. Whether it is critical infrastructure or cyber espionage, malware are increasingly used to exploit weaknesses and vulnerabilities of the networks and computer systems.

The present era is an era of sophisticated malware that are at times not detectable for many months. Computers at the Prime Minister’s Office (PMO) of India were infected with a worm for many months before it was detected. Similarly, defence forces computers are occasionally infected with malware in India. The same applies to other countries as well.

For instance, an aggressive worm known for stealing sensitive information was recently found on the computer network for the agencies handling unemployment claims in Massachusetts. According to the agency cyber criminals may have used malware to steal personal information from the Massachusetts unemployment offices.

The department is currently contacting all affected residents and has already notified “all relevant and necessary” state and federal agencies for assistance in remediating the breach.

Cyber security has become an indispensable requirement these days. When organisations are handling sensitive information, both legal and technical measures are needed to keep it intact.
Posted by PTLB at 9:55 AM