Telecom Equipments Must Be Certified By TEC In India Before Use 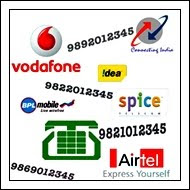 Till now the telecom equipments imports norms of India are not clear. This is the main reason that has been preventing a timely deployment of imported telecom hardware in India. India has been waiting for long for a certification system for its imported telecom gears and equipments.

Now it has been made clear by India that all telecoms equipments must be mandatorily mandatory certification by the Telecom Engineering Centre (TEC) before deployment in communication networks across India.

However, without a proper legal framework and appropriate telecom policy, this step would not be fruitful. This may be the reason why department of telecommunication (DoT) is planning to amend the Indian Telegraph Rules to include detailed modalities for such mandatory testing and certification.

The onus will be on any original equipment maker (OEM) in the telecoms space to get its products certified before selling them in India. Testing shall be carried out by the Telegraph Authority or any other designated agency on payment of a prescribed fee. A suitable test certificate will be issued to the OEM if it complies with all parameters of testing and certification.

An internal department panel which is drafting the detailed norms for mandatory testing of telecoms gear is slated to submit its recommendations to the Telecom Commission by June 15. The seven-member panel largely comprises senior officials of the TEC, which is the department's technical wing.

The Telegraph Authority will also have the powers to issue show cause notices to telcos using uncertified gear and OEMs selling such equipment. Under the amended Indian Telegraph Rules, it will also have powers to confiscate telecom equipment that hasn't been tested or certified. In the event, an errant OEM fails to complete certification formalities even 180 days after being issued a show cause notice, the designated authority may confiscate such uncertified telecom equipment.

This would eliminate the fears of intelligence agencies of India that have been raising concerns for long for embedded malware in imported telecom hardware. However, nothing is better than a telecom security policy of India that is still missing.
Posted by PTLB at 9:00 AM