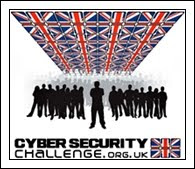 Till now it is an established fact that government of any nation by itself is not capable of dealing with cyber crimes and cyber security related issues. This is the reason why public private partnerships (PPP) is often adopted as a model to enhance capabilities of various national governments.

Further, contests and tournaments are also good source of talent mobilisation. For instance, the UK’s computer security industry has been conducting a series of games and tournaments to acquire fresh talents that can fight against the growing cyber crimes in UK.

UK will launch the Cyber Security Challenge next week that would bring out the best brains in the cyber security industry and common people. The search for new cyber security professionals follows warnings from chancellor George Osborne earlier this month, that government offices such as the Treasury were being bombarded with cyber attacks on a daily basis.

The government allocated £650m additional funding to fight cyber crime last autumn, indicating how tacking online crime had become a priority issue. However, 99 per cent of computer security companies surveyed last year said they could not recruit enough people for the work they were doing.

Cyber security is an area that has not received much attention of Indian policy makers. Even private companies and industry is looking forward for skilled workforce in India. It is high time for India to invest in cyber security both in terms of technology and capacity development.
Posted by B. Singh (PTLB Blog) at 12:11 AM