Parliamentary Standing Committee On IT Angry With DOT 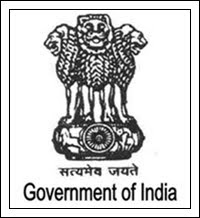 Second generation (2G) spectrum irregularities took entire India for a shock. Even an entire session of Parliament of India was wiped out protesting against 2G scam and for raising a demand for formulation of a Joint Parliamentary Committee (JPC).

After much discussions and protests, a JPC was constituted that finished its enquiry. Simultaneously, Parliament's Public Accounts Committee (PAC) also submitted its report in this regard.

Now the Parliamentary Standing Committee on Information Technology has found the Department of Telecom (DoT) guilty of not cancelling 74 licences for the Unified Access Services (UAS) as recommended by the Telecom Regulatory Authority of India (TRAI). It suspects something basically wrong with DoT in favouring the defaulters instead of punishing them.

The defaulter companies include those who were given licences tweaking the rules and who are now facing the CBI probe. The committee is understood to have noted in its report that the telecom firms that faulted in rolling out the services should have been dealt with sternly.

Further, a draft National Frequency Allocation Plan (NFAP) of India 2011 has also been proposed to effectively utilise the scarce frequency of India. Kapil Sibal is definitely doing a good job in bringing order in the otherwise chaosed Indian telecom world.
Posted by B. Singh (PTLB Blog) at 6:49 AM