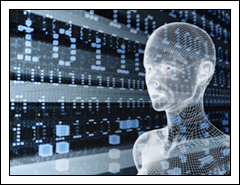 Naturally, countries have to safeguard their own cyberspaces. Australia has planned a cyber defence strategy whereas European Union has set up a team of cyber crime fighters. Scotland Yard has also established its own cyber flying squad. However, as far as India is concerned, it has neither a good cyber security strategy nor a strong cyber law. Even cyber crisis management plan of India is practically missing.

Meanwhile, South Korea is drawing up a cyber security master plan after a wave of hacking attacks against global agencies and companies but some other Asian governments appeared to have no blueprint for tackling the threat. Indonesia, a rapidly growing G20 country, warned that hackers could cause serious damage to its institutions.

Recent cyber attacks on multinational firms and institutions, from Google and Citigroup to the International Monetary Fund, have raised fears that governments and the private sector are ill-prepared to beat off hackers. The latest high-profile target was the U.S. Senate's website, which was hacked over the weekend.

In Seoul, capital of the world's most wired country, a large government task force is working on tactics to address threats, and officials said on Tuesday they would allocate extra cash and manpower to toughen protection of national economic and industrial installations.
Posted by PTLB at 3:20 AM