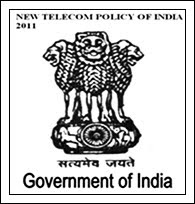 The telecom policy of India 2011 must incorporate important matters like spectrum allocation, telecom security, maximum broadband penetration, encryption policy of India, central monitoring system of India, etc. Further, issues like lawful interception and maintaining a “balance” between security concerns and fundamental rights must also be a part of the same.

Indian government has also suggested formulation of a draft national frequency allocation plan 2011 of India (NFAP 2011). The NFAP 2011 must be legally effective and technologically sound. Presently, issues like encryption, VOIP, use of satellite phones, spectrum allocation, etc are not properly addressed by Indian government and the new telecom policy must adequately deal with them.

.Similarly, we have no telecom security policy in India and telecom equipments security framework in India. There is no mechanism in India through which telecom hardware and software can be analysed for backdoors and malware. Now Indian government has declared that telecom equipments must be certified by TEC before use in India. A proposal to store call data records has also been given. The norms for import of telecom equipments in India would also be formulated very soon.

Even the illegal telephone tapping in India requires legal scrutiny in India. Further, an e-surveillance policy of India must also be urgently formulated. India is the only country of the World where phone tapping is done without a court warrant and by executive branch of the Constitution of India. Phone tapping in India is “Unconstitutional” and the Parliament of India has not thought it fit to enact a “Constitutionally Sound Law” in this regard. Even the Supreme Court’s directions in PUCL case have proved futile and presently the Court is dealing with the issue once more.

Encryption is an unresolved enigma in India. We have no encryption laws in India and despite the suggestions of many experts’ encryption laws and regulations in India are still missing. Encryption has also become essential due to faulty electronic sniffing and e-surveillance approach of India. After many rounds of negotiations with encryption service providers like Blackberry, Skype, Gmail, etc, it has now been decided that these services should not be banned in India.