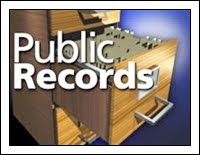 Although there are many “Statutory Laws” in India that required Companies, Individuals and Government Departments to keep Public Records for public scrutiny or general use yet the Public Records Act 1993 (PRA 1993) of India is a “Specilaised Law” for keeping the “Non-Current Records” of Indian Government and its Departments and Agencies etc.

Section 2(e) of the PRA 1993 says a “Public Record” includes (i) Any document, manuscript and file; (ii) Any microfilm, microfiche and facsimile copy of a document; (iii) Any reproduction of image or images embodied in such microfilm (whether enlarged or not); and (iv) Any other material produced by a computer or by any other device, of any records creating agency. The definition of “Public record” is very wide and it covers both traditional Paper based as well as contemporary Electronic Records.

Section 8(1) of the PRA 1993 provides that save as otherwise provided in any law for the time being in force, no Public Record shall be destroyed or otherwise disposed of excepts in such manner and subject to such conditions as may be prescribed. Section 8(1) provides that no record created before the year 1892 shall be destroyed except where in the opinion of the Director General or, as the case may be, the head of the Archives, it is so defaced or is in such condition that it cannot be put to any archival use.

The PRA 1993 must be applied keeping in mind the “contemporary technological advances”. For instance, Digital Preservation in India is an issue that has not yet been taken seriously by Government Departments. Of course, Public Records Keeping Framework of Reserve Bank of India (RBI) is an exception to this apathy. Let us hope the Techno Legal issues of Public Records would be taken care of by Indian Government in general and Ministry of Culture in particular.
Posted by Praveen Dalal at 6:34 AM