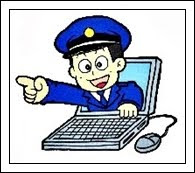 If you make an application to passport office for a passport the same is transferred to local police station for verification of the antecedents of the applicant. The entire procedure takes lots of time. Bangalore has shown a novel method of reducing this time to a great extent.

In Bangalore the physical transfer of passport applications to the police has been eliminated with the setting up of a direct online link with the passport office. This would reduce the time taken for processing applications. Commissioner of Police Seemant Kumar Singh has informed that the computer terminal had already been set up in this regard.

Since it was a new unit, the passport office in Bangalore had to assign a new digital signature for the office. Because of the delay in setting up the computer terminal, 1,000 applications were pending with the Police Commissioner for verification.

This is an ambitious initiative and if managed properly can be a good example of use of e-governance for better delivery of public services in India.
Posted by PTLB at 1:55 AM

Email ThisBlogThis!Share to TwitterShare to FacebookShare to Pinterest
Labels: E-Governance And Public Delivery Of Services In India, E-Governance In India, Online Verification Of Passport Applications In India