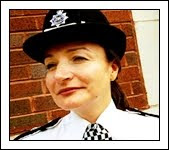 Awareness against cyber crimes is very important in this interconnected cyberspace. Individuals resident in one nation may attack computers and technology infrastructure located at another jurisdiction. For instance Google believes that attacks upon its G-Mail services were launched from China.

While it is next to impossible to prevent such cyber attacks yet awareness about cyber crimes and cyber security can minimise them to maximum possible extent. The Second Worldwide Cyber Security Summit of London is trying to achieve this objective but at the international level. Governments from around the world are participating in this summit to share and learn from the experience of each other.

At the national level, UK is trying its level best in this regard. Scotland Yard senior officer Janet Williams has set up a "cyber flying squad" based at the headquarters to track cyber criminals.

Williams said that her team comprising 35 detectives and specialists were having significant success, but has asked multinational corporations to contribute with their sophisticated cyber defences. Williams has also warned businesses and individuals to take cyber crime seriously and be alert against such dangers.

Williams added that the British public needs to stop equating cyber crime as something beyond one's reach and start learning about it for one's own safety.
Posted by PTLB at 8:05 AM