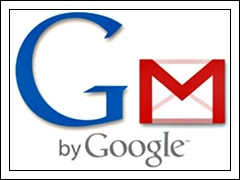 The relationship of Google and China are not that great. Irked by the censorship of China, Google shifted its office to Hong Kong. In the past Google has accused that computer hackers of China had tricked human-rights activists into exposing their e-mail accounts to outsiders.

Now the news of attempt to steal the password of hundreds of Google email account holders, including those of senior U.S. government officials, Chinese activists and journalists is out. Google believes that Chinese hackers are behind this attempt once again.

Of course, China is not happy with this allegation. China further denied it supports hacking activities and said it is part of global efforts to combat computer security threats. This allegation came while the second worldwide cyber security summit of the world is in progress where China is also a participant. Of course, this allegation shakes the confidence of international community in the efforts of china to contribute towards a global cooperation to fight cyber crimes.

It has been reported that the attack originated from Jinan, the capital of China's eastern Shandong province, Google said Jinan is home to one of six technical reconnaissance bureaus belonging to the People's Liberation Army and a technical college U.S. investigators last year linked to a previous attack on Google.

Washington said it was investigating Google's claims while the FBI said it was working with Google following the attacks -- the latest computer-based invasions directed at multinational companies that have raised global alarm about Internet security.

While Google did not say the Chinese government was behind the attacks or says what might have motivated them yet lots of nations are pointing towards China for recent sophisticated cyber attacks. It is also believed that the real forces behind these attacks are independent actors within China who are working with the tacit approval of the government.

Meanwhile US has made its stand very clear regarding cyber attacks. US has declared that if it is subjected to a cyber attack, US would not hesitate to use military force against the perpetrators of such cyber attacks. The only problem seems to be that it is very difficult to trace the origin of a cyber attack to a particular location.

Recently, Lockheed Martin Corp, the U.S. government's top information technology provider, also faced a cyber attack. The company and government officials have not yet said where they think the attack originated. There is an urgent need to consider the issue of protection of cyberspace at international level at a broader level and in a more effective manner.
Posted by PTLB at 5:37 AM